The calendar of the 2023 FIA Formula One World Championship has been announced by Formula 1. A record number of races will be run in the 2023 season.

The 2021 season, consisting of 22 races, was completed with the championship of Red Bull Racing-Honda driver Max Verstappen. In the 2022 season, there was a 22-race calendar. Formula 1 has decided to increase the number of races for the 2023 season.

In 2023, which will be the season with the most races in Formula 1 history, drivers will compete on 24 different tracks. The season will start in Bahrain on March 5, 2023 and will end in Abu Dhabi on November 26, 2023. China and Qatar are back on the calendar.

In the 2023 season, the summer break will be in August. The Belgium (Spa) race has been moved to the end of July, followed by a summer break. The second part of the season will start with the Netherlands (Zandvoort) and Italy (Monza) races that will be held consecutively.

Pre-season testing will be held at Bahrain International Circuit for three days from February 23 to 25, 2023. 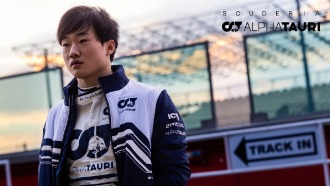