Over 7,000 items loaded onto the average British Airways aircraft to cater for customers

As the summer holidays reach full swing British Airways has released data revealing exactly what, and who, is on one of the airline’s 850 flights a day. 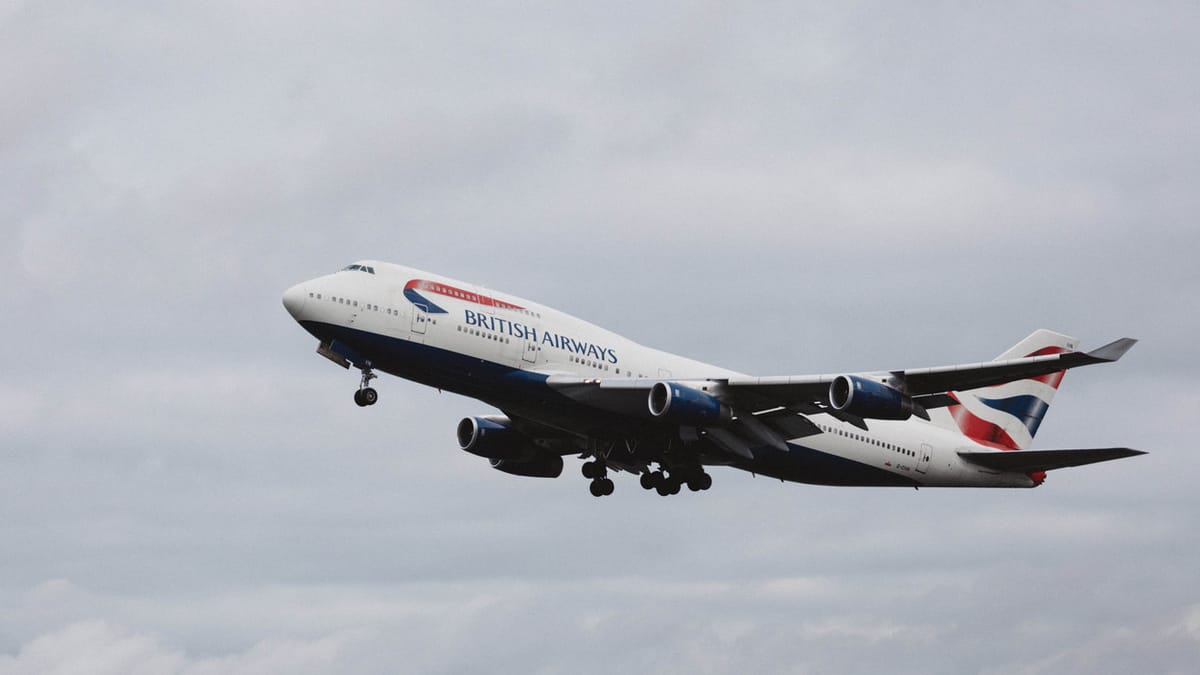 A Boeing 747 operating from Heathrow to JFK is loaded with over 7,000 items - many of which have to be unloaded and re-loaded before each flight. Included in the inventory are 101 full bottles and 388 quarter bottles of wine, 293 headrest covers, 350 bags of pretzels, 78 toilet rolls, five first aid kits and up to around 800 items of bedding, including the new Club World White Company bedding, which has been introduced as part of British Airways’ £600m investment in its long-haul business class.

The study also looked at how people fly. In an average year* one in two (47 per cent) are solo travellers, while 27 per cent travel as a pair. Around 70 per cent are travelling for leisure, while 28 per cent are flying for business.

To help visualise the figures, British Airways has created an infographic of the results. 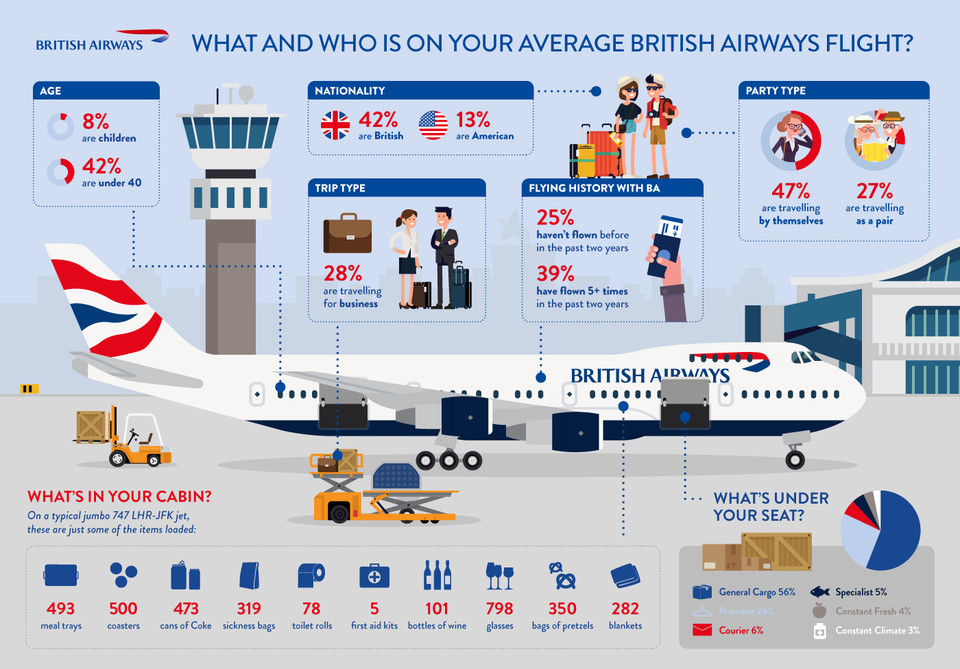 For those who’ve ever wondered what’s flying in the hold beneath them besides their suitcases, our sister company IAG Cargo can shed some light on this. So far in 2018, 26 per cent of cargo flying in the hold has been made up of priority goods such as fashion products, the latest smartphones, or tablets. While five per cent of the cargo was specialist cargo like live animals or high value artwork, four per cent has been perishable produce such as raspberries from Kenya or lettuces from the US and three percent of the cargo was temperature controlled pharmaceuticals and lifesaving vaccines.** Some of the year’s most interesting shipments includes Cognac from Bordeaux to Kuala Lumpur, emergency lettuce from Los Angeles in response to the UK’s heatwave vegetable shortage and royal wedding special magazines from the UK to the US. 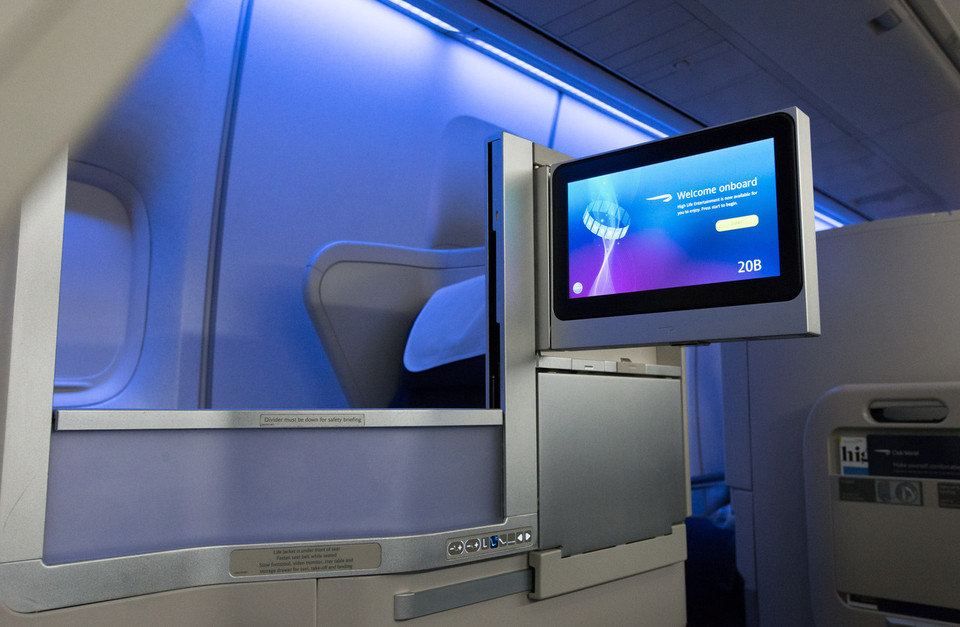 Carolina Martinoli, British Airways' Director of Brand and Customer Experience, said: “Many of our customers are curious about flying and want to know who or what else is on their aircraft. With more than 800 flights each day all over the world it takes a lot of planning, from loading cargo to wine, to toilet rolls, and first aid kits.”

New champagnes and English sparkling wines for customers travelling in First class and Club World have also been added to the list of items onboard, as part of the airline’s £4.5 billion investment for customers over the next five years. The investment is also driving the installation of the best quality WiFi and power in every seat, the fitting of 128 long-haul aircraft with new interiors and the delivery of 72 new aircraft.