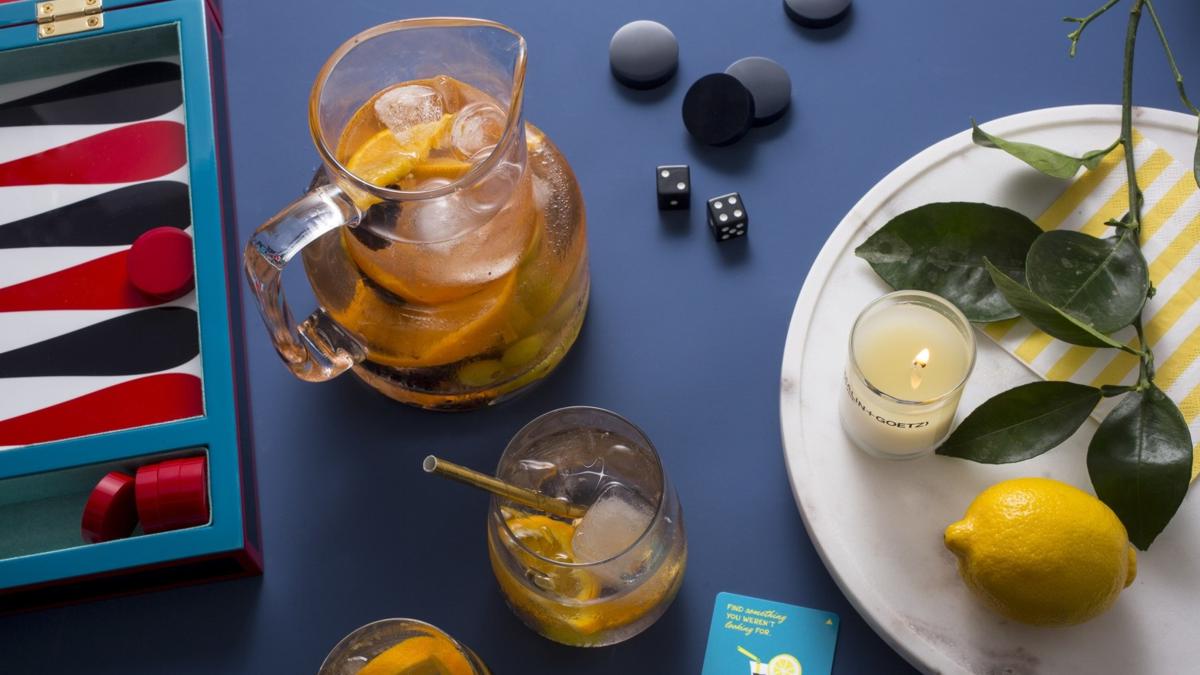 Au Soleil: a Summer Soirée by Le Méridien will feature Petit Plates, rosé spritzers and a modern twist to the iconic seaside pastime of backgammon at the brand’s hotels around the world, from Nice to New Orleans.

Paris-born Le Méridien Hotels & Resorts today introduced Au Soleil: a Summer Soirée by Le Méridien – a global programme that brings the playful glamour of European summers to life at its more than 100 hotels around the world. Inspired by the brand's French heritage and the allure of the Côte d'Azur, the global series of events invites guests to sip, sway and savour the journey of travel through all senses.

Beginning this month, Le Méridien hotels will feature a dedicated Petit Plates menu offering light and local fare alongside rosé spritzers and aperitifs, part of the brand's signature Sparkling programme. The brand will also bring a modern twist to the iconic seaside pastime of backgammon - ubiquitous throughout the Mediterranean in summer months – inviting guests to lounge a little longer, with an exclusive summer soundtrack, curated by French Bossa Nova collective Nouvelle Vague.

"No matter where you are from or where you are traveling, the idea of summer connotes a sense of slowing down and savouring the good life – a mentality that we celebrate at our hotels year-round," said George Fleck, Vice President of Global Brand Marketing & Management, Le Méridien Hotels & Resorts. "With a hint of whimsy and a nostalgic nod to the glamour of the French Riviera in the 1960s, this programme aims to inspire travellers to explore the world in style, the same way that we're inspired when visiting destinations like Mauritius and Melbourne."

Embodying the idea that the sun never sets on the jet set, Le Méridien will chase the sun continuing Au Soleil: a Summer Soirée programme around the globe, from Dubai and Bangkok. Soirées will occur nightly, weekly or at celebratory moments throughout the summer months in both northern and southern hemispheres, in destinations as diverse as Split and Seoul, Nice and New Orleans. Here are just a few on the horizon:

Just on the heels of the extravagant French tradition Monaco Grand Prix, which draws celebrities and socials to celebrate the start of summer, Au Soleil: a Summer Soirée will debut at Le Méridien Beach Plaza in Monte Carlo this week with music performances by Nouvelle Vague and DJ Inès Mélia, a custom built rosé bar and beachside bites.

Recently renovated Le Méridien Ra will roll out its signature Gelato truck to launch the programme for its global guests this week as well. The hotel famously celebrates summer anchored by its buzzy beach club on one of Catalonia's matchless beaches where guests can enjoy Mediterranean cuisine, Sparkling Cocktails and live music well into the evening - all beginning on Summer Solstice with dinner on the beach and fireworks that will illuminate the San Salvador Beach.

Beginning on Bastille Day with a celebratory sparkling soirée, Le Méridien Denver Downtown will offer aperitivo hour featuring Italian Aperol Spritz Punch and French 75 Punch in the hotel's restaurant: Corinne Honest Food and Drink as well as on the patio (everyday, 4pm – 10pm); backgammon and rosé in The Lobbyist bar (Sunday) and vintage summer cinema on Mondays with light bites, cocktails, music and projected films inspired by the late 1960s,

Le Méridien Versailles in Montreal will create an aperitif moment to transition from day to night, offering live music, rosé cocktails, gelato and a backgammon tournament each Thursday – transforming their signature Hub and outside terrace into a mid-century Mediterranean oasis, complete with Palm trees, orange blossoms, beach umbrellas and vintage throws. In addition, the hotel has partnered with Priority Bicycles to offer guests a fly-by-view of the charming city in the summer.

Le Méridien has tapped Garance Doré - celebrated writer, creative director and founder of Atelier Doré – to continue evolving the brand's summer programming. As creative consultant for Au Soleil: a Summer Soirée, she will lend her editorial eye to guide how the sentiment of summer will come to life for Le Méridien guests around the globe. Doré, who embodies an effortless French style and sensibility similar to Le Méridien brand, first moved to Paris from her native Corsica and now also calls Los Angeles home. Sharing Le Méridien's view that the sun never sets on the jet-set, Doré will introduce a new video franchise — The Art of Life — a "how-to" series about savoring the good life, told through her unique lens.

To visualize the intangible allure of summer, the brand also created a contemporary yet classic visual identity for Au Soleil: a Summer Soirée by Le Méridien programme developed by creative agency The Gathery, which will be featured in hotels, on the brand's website, on social media and more. The graphic design treatment exudes a warm sophistication and bright simplicity that stays true to the brand's distinctly European spirit anchored by mid-century modernism. Inspired by the iconic beach club culture of the 1960s, signature elements include chic straw sunbathing hats and backgammon patterns punctuated by yellow and white stripes.

For more information about Au Soleil: a Summer Soirée programme by Le Méridien Hotels & Resorts, please visit www.lemeridien.com/ausoleil and follow along on social media with #LMAuSoleil.