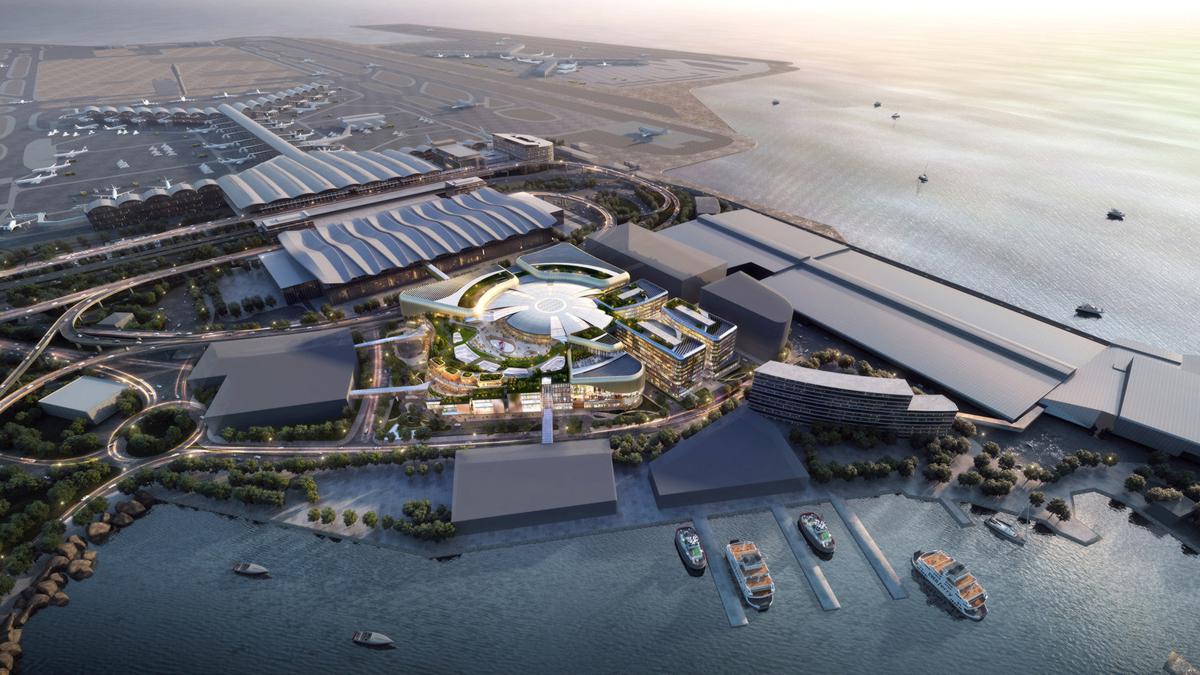 New World Development Company Limited (the "Group") has been awarded the tender for the city's largest entertainment destination SKYCITY[1] (SKYCITY A2 and A3 sites) of Hong Kong International Airport (HKIA). Spearheaded by Adrian Cheng, Executive Vice-chairman and General Manager of New World Development, the project will see a HK$20 billion (US$2.5b) investment by the Group, while its theme will evolve round state-of-the-art technology, education and creativity to develop interactive dining and retail services as well as world-class experience-based entertainment facilities. Upon completion the development will be the largest entertainment, dining and retail landmark of its kind in Hong Kong. With its connectivity to HKIA as well as the Hong Kong-Zhuhai-Macao Bridge, SKYCITY is expected to serve as a commercial-retail-entertainment hub for locals and visitors from the Greater Bay Area, and abroad.

"Greater Bay Area" refers to the Chinese government's scheme to link the cities of Hong Kong, Macau, Guangzhou, Shenzhen, Zhuhai, Foshan, Zhongshan, Dongguan, Huizhou, Jiangmen and Zhaoqing into an integrated economic and business hub. Its area stretches over 56,600 sq km, covers economies that were worth US$1.36 trillion in 2016, and has an estimated population of 66.7 million, placing it amongst the ranks of Greater Tokyo Bay Area, Greater New York Bay Area and San Francisco Bay Area.

The Group is well placed to create the largest commercial-entertainment hub for Hong Kong, with its rich architectural and management experience, sound financials and a track record of creative project planning. It is currently building the Victoria Dockside, a global art and design district in Tsim Sha Tsui, Kowloon, which blends art, commercial, residential, leisure and sophisticated entertainment and public use elements under the umbrella of K11, a brand ecosystem founded by Cheng. "The Group will inject ground-breaking creative and technological elements into the project, creating a world-class entertainment and retail landmark that combines learning, exploration and adventure," says Cheng. "We are confident that we will provide an extraordinary experience for Hong Kong people and visitors of different age groups and sectors. SKYCITY's strategic location makes the Group very optimistic about the prospects of this mixed-use development project. We are confident that SKYCITY will become a top getaway and tourist attraction for locals and overseas visitors alike."

The Group's development plan stands out amid fierce competition with its creativity and mixed offerings in edutainment. The project will introduce an array of leading international technovation brands to the city and the region that is set to disrupt the concept of retail and entertainment. Brand new experience-based entertainment such as Hong Kong's first indoor and outdoor go-kart track, AR and VR interactive game facilities and kids experiential zone will also be introduced.

Situated next to HKIA, SKYCITY will take up a gross floor area of 3.77 million square feet, comprising 2.1 million square feet for dining and retail outlets and 570,000 square feet each for experience-based entertainment facilities and office space. The remaining floor area will be used for public facilities and carparks. The project is expected to be completed in phases from 2023 to 2027. The Group will be responsible for the design, development and management of the whole project.

SKYCITY's strategic position makes it an important entertainment and retail destination for HKIA's passenger base, and residents in the Greater Bay Area. Passenger traffic at HKIA, which amounted to 72.9 million passengers in 2017 alone, is projected to rise to more than 100 million by 2030 with the completion of the Three Runway System.

SKYCITY will also tap into the full potential brought by the Tuen Mun-Chek Lap Kok Link and Hong Kong-Zhuhai-Macao Bridge, that will greatly enhance the connectivity of HKIA with 10 other cities in the Greater Bay Area. Strategically located within the one-hour circle of Hong Kong and the Pearl River Delta region, SKYCITY is set to become a brand new, must-go Hong Kong landmark for locals, overseas visitors and the 60 million residents in the Greater Bay Area.