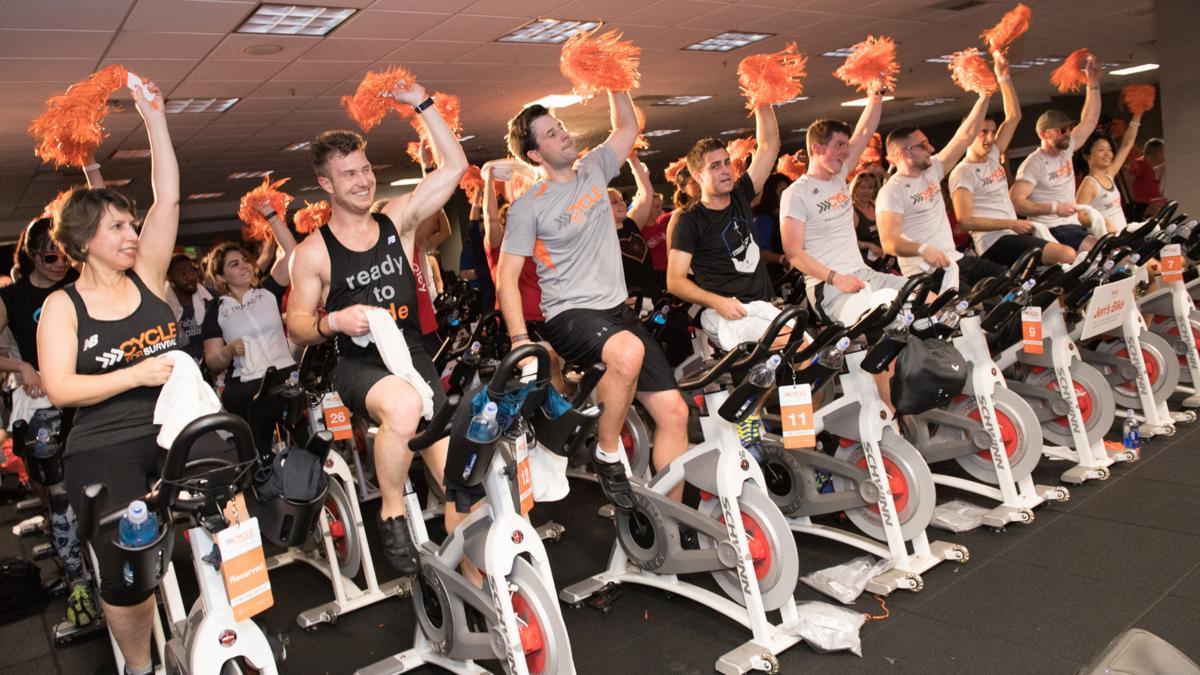 Enthusiastic participants cheer at a Cycle for Survival event.

Cycle for Survival, the movement to beat rare cancers, raised $39 million in 2018 through its signature indoor team cycling events, leading to a history-making year. A total of $180 million has been raised since Cycle for Survival began in 2007, with $150 million raised in the last five years. 100 percent of every dollar funds groundbreaking rare cancer research and clinical trials led by Memorial Sloan Kettering Cancer Center, which owns and operates Cycle for Survival.

With support from Equinox, sponsors and the passionate community of participants and donors, Cycle for Survival has continued to reach fundraising milestones year after year, quadrupling funds since 2012. In 2018:

More than 230,000 individuals donated to support the cause.

Cycle for Survival's generous sponsors include smartwater®, the official hydration sponsor; New Balance, the official apparel sponsor; TAG Heuer, the official Timepiece and Timekeeper; and ICAP, which donates annually with a fundraising match.

Funds raised are allocated within six months to innovative research that is changing the way cancer is diagnosed and treated. About half of all people diagnosed with cancer are battling a rare form of the disease, which includes brain, ovarian, pancreatic, leukemia, lymphoma, all pediatric cancers and many others. Rare cancer research is typically underfunded — often leaving patients with few or no treatment options. As doctors and researchers pursue new treatments, Cycle for Survival provides urgently needed funding. To read about research breakthroughs made possible because of Cycle for Survival funding, go to www.cycleforsurvival.org/what-you-fund

Visit www.cycleforsurvival.org to learn more about Cycle for Survival.